What is Asthma? - A Serious Respiratory Ailment 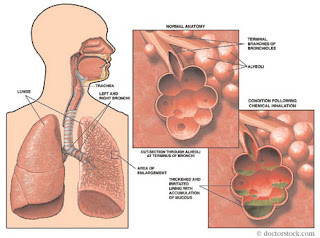 So you've seen people with asthma. Looking at them, you might think it is just an ordinary condition where one experiences shortness of breath. The truth is there's more to asthma than meets the eye. In this short piece we simply ask what is Asthma?

Asthma is a respiratory disorder characterized by difficulty in inhaling and exhaling, wheezing, and coughing. It doesn't choose its victims. Whether you're a child or an adult, male or female, this health condition can make you run to your doctor. Though it was once considered as a harmless ailment, today it is one of the leading causes of hospitalization especially among children. Not only that, but asthma medications ranks as the second largest category of prescriptions written by doctors.

This breathing disorder can be triggered by many things. Eating foods or taking medications you're allergic to can cause asthma. The pollutants found in the air are also considered as major culprits. Dust mites, molds, animal dander, and odors from chemicals we use at home are also responsible for asthma attacks. In some cases, exercise or being overworked can also cause one to have asthma.

Most doctors prescribe drug treatments in dealing with asthma. These include sympathomimetic drugs that stimulate the muscles that open up the bronchial tubes and corticosteroids which are believed to effectively reduce inflammation, open the airways, and suppress the body's reactions to allergens. Meanwhile, cromolyn sodium, an anti-inflammatory agent, is commonly found in inhalers. Doctors also recommend xanthine bronchodilators and salmeterol for daily maintenance against asthma.

Asthma may be serious but you can prevent it in more ways than one. The best thing to do is prevent allergens and whatever triggers your asthma. Keep your home and surroundings clean at all times. Stay away from foods and drinks you're allergic too. Avoid using cleaning products that give off chemical odors. By doing so, you can guard yourself from this health condition.
Posted by Admin at 1:08 AM 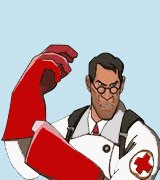